Funded by a grant from the Andrew W. Mellon Foundation to the Five Colleges of Ohio. [Digital Collections from Projects to Pedagogy and Scholarship, 2013.] 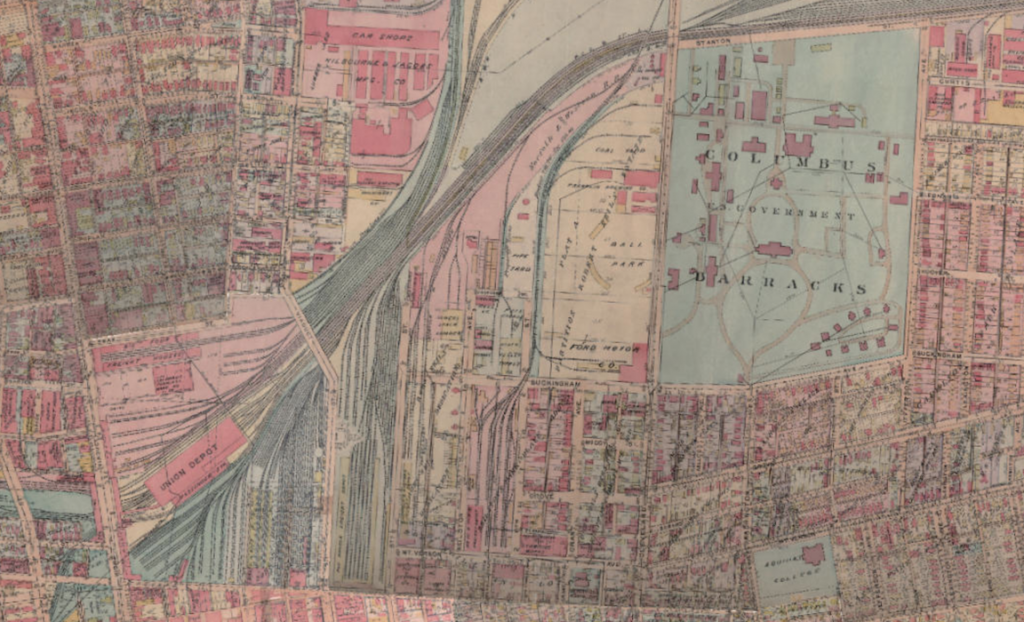 Context: key concepts, sources and literature on the context of the materials provided at this site.

Baist’s Atlases: Interactive apps of three large historical real estate atlases of Columbus, Ohio created and published by the G. William Baist Company of Philadelphia, Pennsylvania, in 1899, 1910, and 1920. The maps in Baist’s atlases were created for real estate title searches and include detailed building, subdivision, infrastructure and street data. They were beautifully designed and colored, and produced for dozens of U.S. cities, but in small quantities. Most were heavily used, annotated, worn out and eventually discarded by their users. Few Columbus atlases survive and none were previously available in digital form.

High-resolution scans of the 1899, 1910 and 1920 Baist’s Atlases in TIFF and PDF formats are available at Ohio Wesleyan University’s Digital Collections.

Census 1930: U.S. Census data from 1930, the first year that relatively small census tract areas were used in the City of Columbus. This resolution of data allows for comparisons between different areas of the city. A few dozen data variables including population, gender, ethnicity, race, etc. are mapped.

Census Compare: a series of map apps allowing for the comparison of 1930 and 2010 census data.

Redlining: 1930s maps used to regulate mortgages (and typically to deny mortgages to residents of poor and minority neighborhoods)

Districts: Map app of the various neighborhoods, historical districts, etc. in the City of Columbus.